I’d been thinking about a Lansing season ticket for this year since sometime in December. So I bought one. 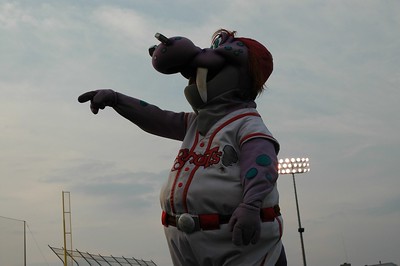 Dylan Meyer–the Lugnuts’ season ticket guy–gave me a call yesterday to ask whether I’d be interested to (re)purchase the 20-game package I bought a couple years back. I said no–but I’d be interested in buying a specific seat for the entire season. He checked, it was available, I bought it. So I’ll be sitting there all summer.

Section N, Row 4, Seat 8 was my seat at Oldsmobile Park during the Luggies’ 1996 inaugural season, and again in 2005 during their tenth. (In between I was a Battle Creek fan.) Somehow watching the team’s 25th season from that seat seems appropriate.

I kept sort of a blog during the 1996 season. Think I’ll do it again this year. This is the start.

This entry was posted in Lugnuts 2020 and tagged baseball, lansing lugnuts. Bookmark the permalink.