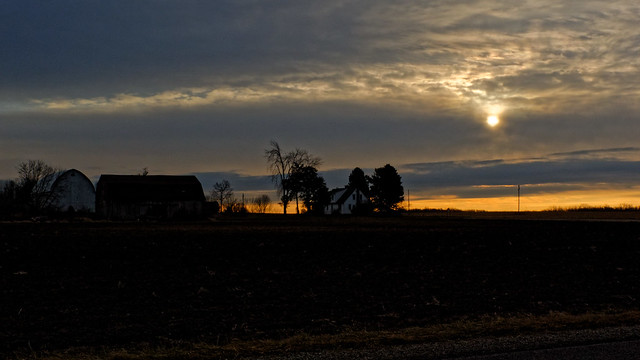 This photograph’s the December image for the calendar I made for friends and family members this year, so they’ll find it familiar. Except my calendar’s printer added a whole bunch of orange to the mix.

I don’t object to their version, but it ain’t my version.

One of my dad’s coworkers did custom photo processing for customers of Kalamazoo’s camera shop, Norman Camera. Can’t say I understood the need until I started scanning negatives, and discovered how much control the photo lab has (had?) over the final print. For most photographs it doesn’t much matter, but I’ve learned that a lab tech can ruin–or save–an image by making decisions about cropping and exposure. The best lab staffers were very good about this; others seem to have treated the job as basically mechanical.

Obviously this is still true, though the media’s changed.