Do Notice the Bird 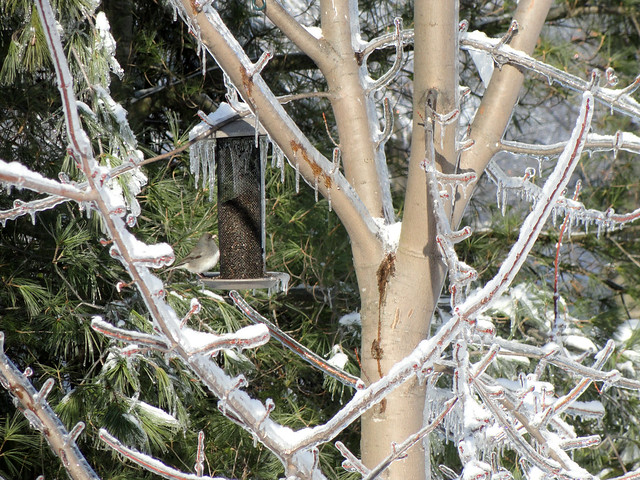 We did laundry at a (chaotic) local laundromat, then got our power back around mid-day. We checked out of the hotel, unhooked Joan’s brother’s generator, and finished preparing for Christmas.

And watched the ice melt.

We’ve since purchased our own generator. We’re pleased that we’ve not needed it.

We were relatively fortunate, as many folks were without power for most of a week, and some Lansing residents were in the dark for even longer.

And a new camera note: Joan and I both got Sony Cybershot DSC-H55 pocket cameras for Christmas in 2010. We opened our presents on Christmas Eve that year, taking pics of each other, and the presents, and the cats.

Three years later I took this photograph with my Cybershot.