Ice on the Pine 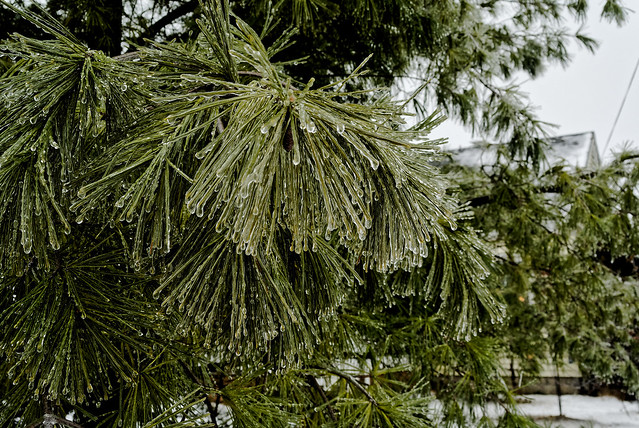 Again I quote myself. Four years ago I posted a similar photo, with this caption:

“Ice storms are pretty, but tend to break stuff–like trees, and power lines, and pickup trucks, and hips….”

We spent the next three nights in a hotel.

We were home for Christmas, but many folks had it worse. Far worse.