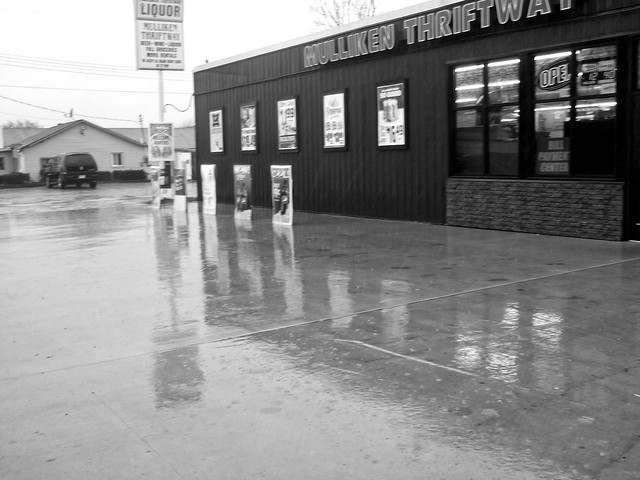 Think I’ll just quote myself, from the caption below another photo taken at the same time:

“I’d spent the night in Kalamazoo, and the day’s 366 Snaps shots documented my drive home. The weather was abysmal, and the photographs show villages in the rain.”

Noted while checking my other posted photographs taken 12/20/2012: Five years ago Flickr’s denizens were posting End of the World notes, due to the Mayan Apocalypse. Evidently it was a false alarm.

This photo was taken with my FujiFilm Finepix F10, which might be my favorite camera ever. ‘Twas small, gave me some control over exposure, and within its fairly wide limits was a reliable tool. I’ve owned much more capable cameras I liked far less.