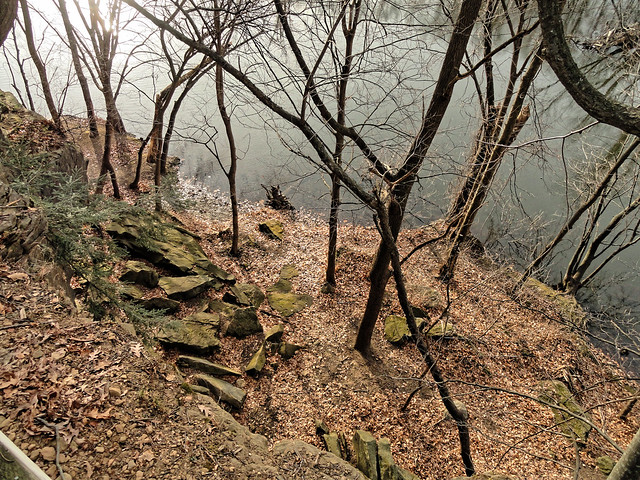 For much of the year you’d see rock climbers….

Oak Park in Grand Ledge, Michigan. The photo doesn’t really show the scale well, but you’re looking down a cliff at the Grand River. Signs in the park warn about 50 foot falls.

Grand Ledge is convenient for me–just a few miles down the road from my house. It’s also photogenic.

GL is mostly a Lansing suburb, these days, but its self-image is former resort town. The city hasn’t forgotten its manufacturing heritage–there’s a park on the grounds of a former brick factory–but the town’s historical imagination features the river and the ledges, Mudge’s Folly and the roller coaster, the Seven Islands Resort, and the Spirtualist and Adventist encampments.

The river and the ledges remain, and are the reason the others found Grand Ledge.