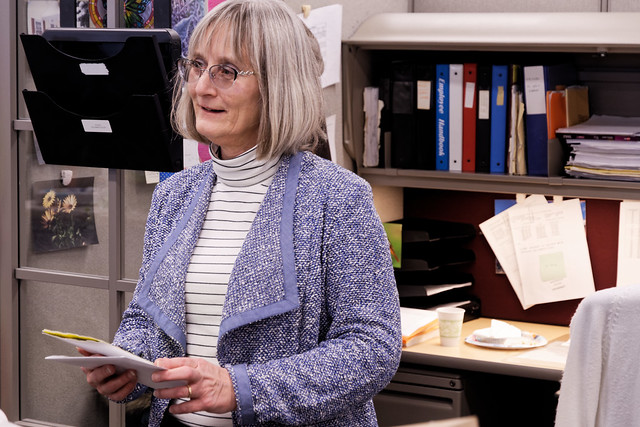 One year ago today Joan’s co-workers threw her a retirement party.

I showed up, of course, and took photographs. I also chatted with friends. Many of those folk had been my colleagues, too.

Without that party, the seventh of December’s another photo-a-day date. The 2012 pix document a day spent with my brother in Kalamazoo. In 2014 I was still bored (see yesterday’s commentary); half the pix were of the “when all else fails“ trellis.