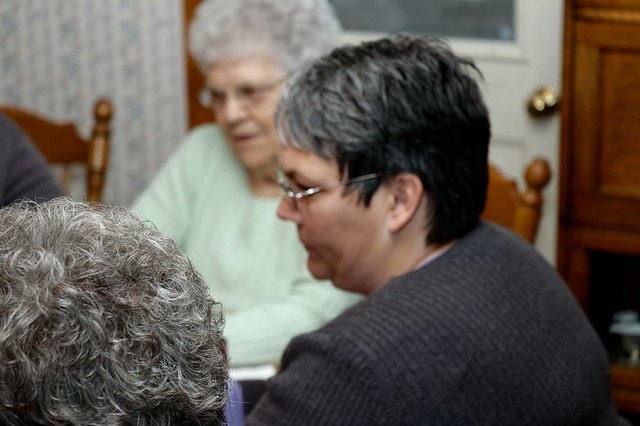 Yeah, the focus is wrong. Let’s go with this one anywho….

My aunt Jackie, her daughter Kristin, and the back of Pat’s head (Pat’s my cousin Paul’s wife) at the Dinda family’s Thanksgiving gathering, which was hosted by Jackie and my uncle Keith for many years.

Those outings featured a twisted Hearts game (Keith called it “Crazy Hearts”) with the deck doubled (or tripled), which made hands unpredictable because the high cards might tie, canceling each other. The 2006 game’s pictured here.

Joan and I would alternate, more or less, between the Dinda Thanksgiving and her family’s.