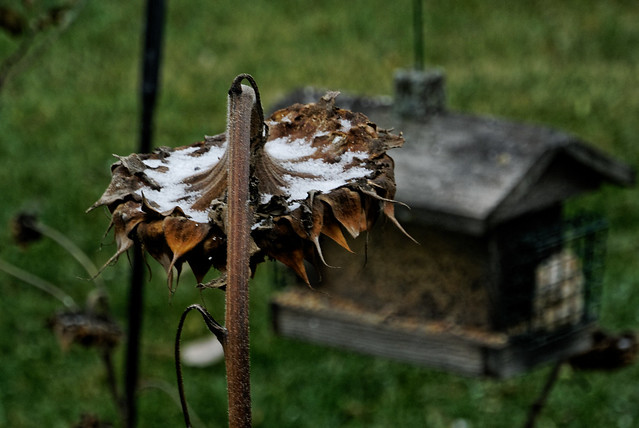 Four years ago I posted a very similar photo that I took a few seconds after this one.

Under that image I said: “We got our first snow a year ago. Even a bored photographer should be able to make something of new snow.” Still true….

That pic’s commentary goes on to talk about my Nikon 1 V1, and offers the opinion that I’d have likely preferred an Olympus OM-D system. Which bears mentioning because I purchased an OM-D just last week.

I’m still using a (different) Nikon 1, though, and plan to keep carrying it. The Olympus is replacing my D500.