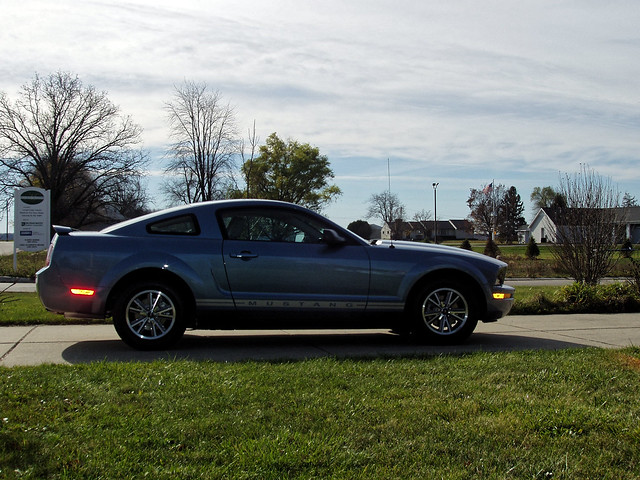 Thirteen years ago today we went car shopping. I test-drove a Hyundai Tiburon, a Chrysler Sebring convertible, a Mitsubishi Eclipse, and both 2004 and 2005 Mustangs. I’d test-driven a Miata a few months before.

Came home with this one.

You’d have thought it was an exotic. People would stop, point, and stare. After a year or so the new design had become pretty common, so the effect died down, but the stares and compliments never completely stopped.

At first most everyone stared. Later on it was mostly 60ish guys who wished they’d bought a pony car in the ’60s.