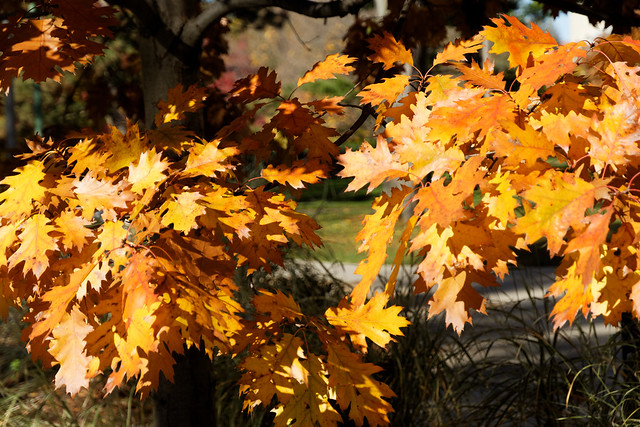 Cabin fever got to me a year ago, so I headed off to the Michigan State University campus and shot colorful photos.

Some days you just gotta try stuff. This was one of those days.

I was on MSU’s campus for about an hour, playing with settings on my still-quite-new Nikon D500. The pix were mostly of trees and the Red Cedar River, with a few of large buildings and/or passing students. I treated the excursion as an experiment, with odd framings, focus games, and some fairly extreme camera settings. I also swapped lenses more often than I’d usually do.

Not everything I tried worked, of course. But I came out of the session much more comfortable with the camera, and finally had some notion how I wanted to set the thing up.

I’ve also got five pix taken by my brother in 2006, on a trip to Chicago with a church group.