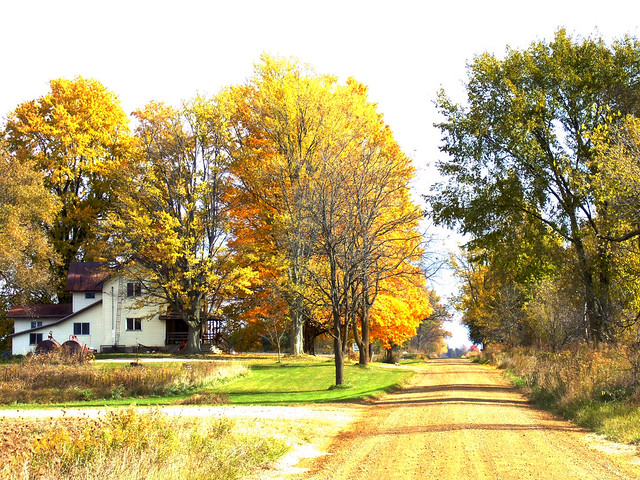 Let’s begin by mentioning that John Strange was an early white settler in Michigan’s Eaton County. The road was named for his family.

Oversaturated and overexposed. My FujiFilm F10 had a mind of its own, sometimes; the day’s entire set was like this. This particular photo washed out a fairly dramatic sky.

I took one of my most popular photographs less than a minute after taking this image. It, too, was oversaturated. Do notice the sky….