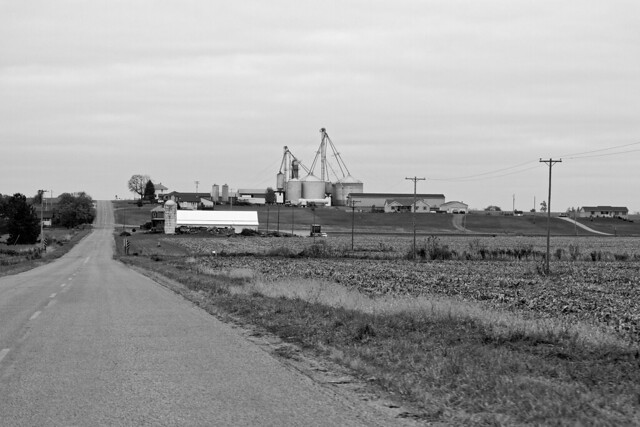 How ’bout a second photo today?

I took this photo to illustrate a story, which I’ll tell you about below, but I’m posting it today because I like it.

There’s one in this photo, though it’s not really obvious; it’s beside the silo just before the hill. I noticed the missing barn three years ago today. (On the same day I noticed another local barn–my photographic favorite–had gone missing, but I don’t think it collapsed.)

A year earlier I’d posted a not-very-good photograph I’d taken sometime earlier of a barn that had subsequently collapsed; this one was outside Cloverdale.

I sometimes think my life runs on coincidences.