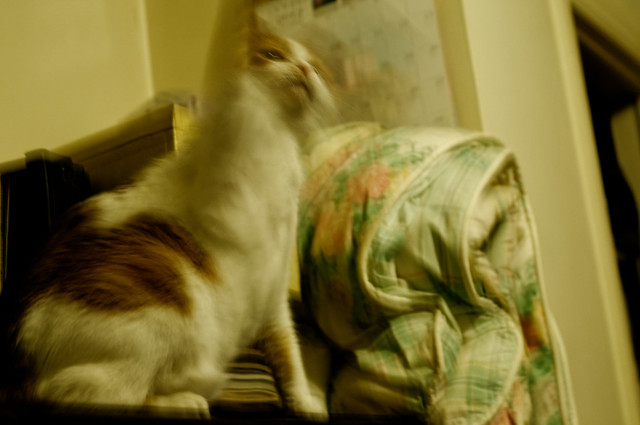 Taffy used to play a game with Joan. It was sort of like catch–Joan would throw something in Taf’s direction, and Taf would bat it back towards Joan. This was her look during the game.

Then the kitty got old, and decided leaping up on the chest of drawers was too risky. We miss this. Likely she does, too.