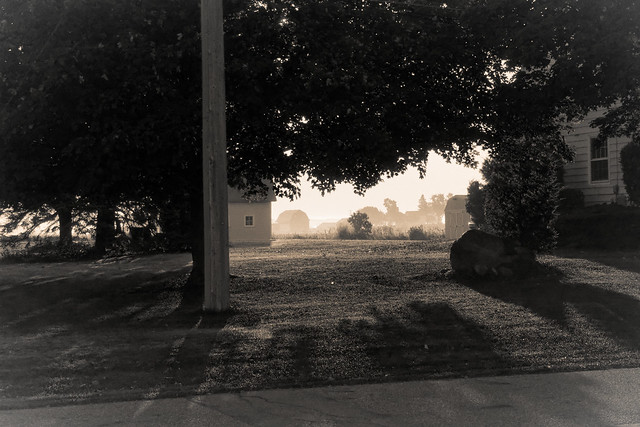 Fog, and sunshine, and a distant barn on the Cook family’s Flowerdale Farm–but mostly the Peters’ trees, and lawn, and house, and outbuildings. Down the way a couple lots and across the street from our place.

A similarly-framed photo today would mostly show corn. And rain, this morning, rather than fog.

I posted a color version of this photo three years back, though the image was originally conceived as monochrome. It’s intriguing how the changed processing impacts perception.

Number of pix taken on various October 11ths: 976 [includes the photo by Richard I showed you yesterday]
Year of oldest photo: 2006 [2012 if you exclude Dick’s photo]