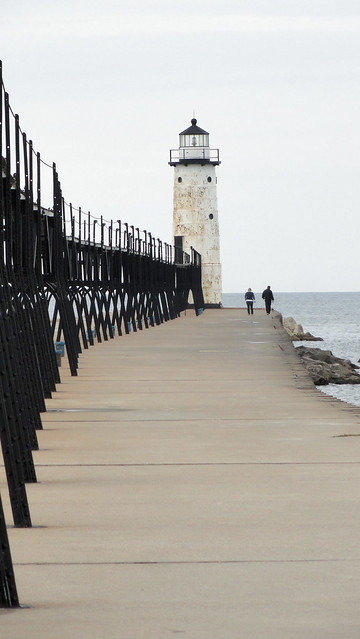 There’s more than one route home….

Most years we head pretty much directly home from Traverse City. But sometimes we like variety. 2011 was one of those; we headed down the coast and looked at lighthouses and beaches. And the high view at Arcadia.

Not all late-September photographs are from vacations.

On 9/27/2006 I was functioning as our building’s staff photographer, and took 260 photographs of an award ceremony. Those pix, I’m quite certain, are only interesting to the folks involved.