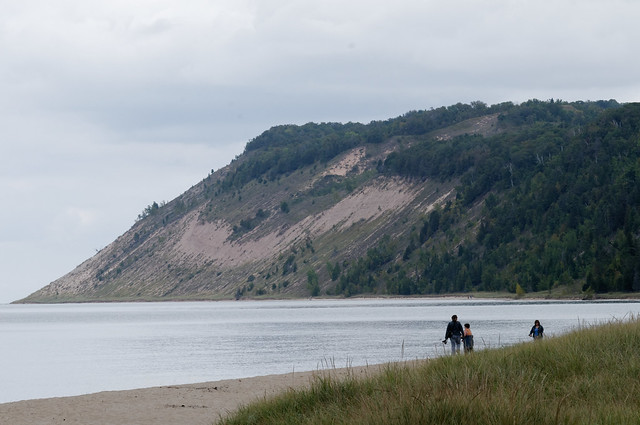 Photo taken from south of the dune, at Esch Beach. I usually photograph this hill from the beach at Empire Village, on the north side.

I posted a similar photograph in 2009, shortly after I took these.

There’s a fairly short trail on the top of the bluff, running from a parking lot atop the hill to a boardwalk along the dune’s face. It’s an excellent, though somewhat hilly, walk through old orchards, leading to a fine view of Lake Michigan and the neighboring dunes and beaches.

The Air Force used to operate a radar station atop Empire’s dune. In 1970 the Army posted me to a similar facility in northern California. This gives me a completely imaginary tie to Empire, and warms my heart. The view from Mt. Tam may–or may not–have been better.