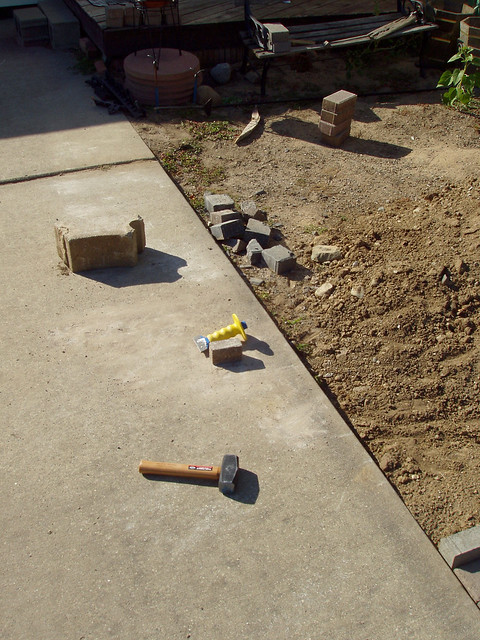 Hammer, chisel, a concrete block to use as an anvil, some broken pavers.

At one end of the walk there was a wedge that needed filled; at the other end a row needed trimmed to fit the available space as the walk met the porch. As we completed the sidewalk project we were cutting bricks.

Worth a mention: A few years later the folks who built our new porch made an effort to fit the steps to our sidewalk. Although the fit’s imperfect we’ve always appreciated that.

Richard’s 2008 vacation to Minnesota continued; he took 14 photographs on the 21st, mostly of the festival he’d watched them prepare for the day before. There’s also a 2005 photo; Dick photographed the lighthouse from South Haven’s beach.