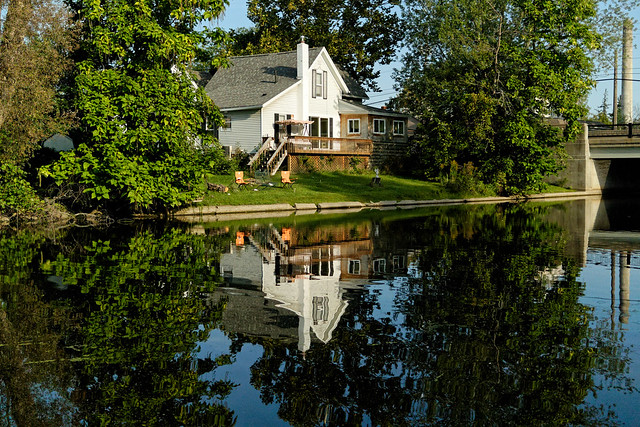 Two years ago today I headed off to meet with Mike for our twice-a-month coffee klatch (Joe was out of town). We found the coffee shop had closed; they’d lost their lease. They hoped to reopen elsewhere soon.

Since we’d both brought cameras, we turned the morning into a photography outing in downtown Eaton Rapids. First we took pics around G.A.R. (Island) Park, then we found our way to the site of Horner Woolen Mill. This is one of the Island Park photos.

I took about 400 photographs in about 2 hours. I expect Mike’s count was similar.

Two pics today. Because I want to tell two stories.