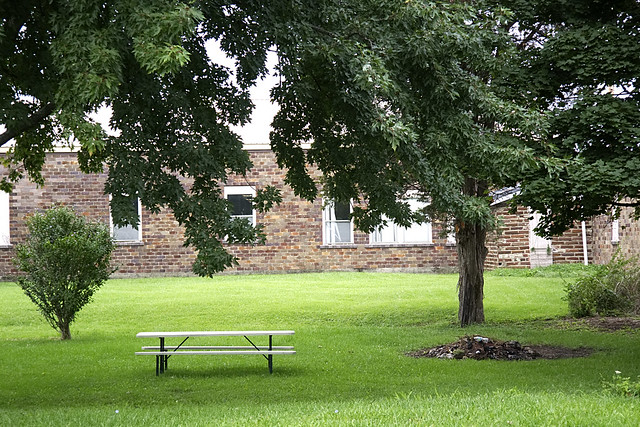 Here’s one of the first photographs I took with the Nikon 1 V2 I mentioned yesterday.

Mulliken seems to be mostly a commuter town these days, but there are a few businesses within the village limit. One of those is CCD Engineering, which is about as downtown as you get at 109 Main Street. They live in an L-shaped building arranged around this green space.

CCD does industrial engineering, though their website’s no longer on line to explain what that means. What we neighbors can see looks like a fairly large machine shop.

When I moved to town in 1991 this building was a hardware store. Like all old hardware stores it had goodies hidden in dark corners. That business changed hands, then moved to a newly-constructed building on the state highway (M-43). Then it failed. Occasionally I wish the store was still here.