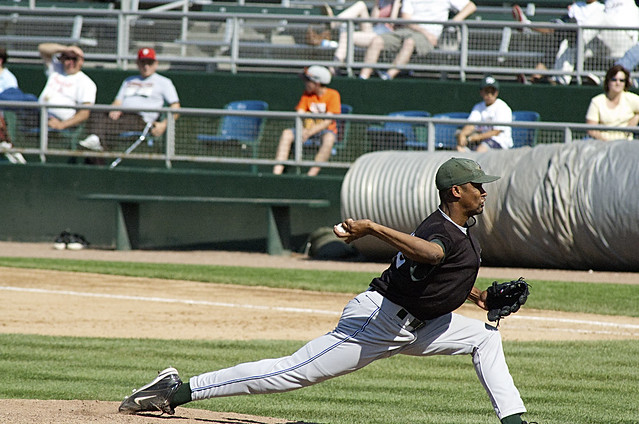 A few days back I showed you Eddie De La Cruz pitching under the lights at Battle Creek’s CO Brown Stadium. Here he is in the daylight at Lansing’s Oldsmobile Park.

This photo was captured during the D’Rays’ last game as Battle Creek’s franchise. Lansing won by a 5-4 score.

The Battle Creek photo was taken from my usual seat in that ballyard; this was from my most common Lansing seat. The views are quite different, as you can see.

When the light permits I usually photograph baseball to stop the action. This photo captures Eddie’s long, long stride. I’m a bit annoyed that the photo missed his front foot.