The Sun Rises Over Lake Huron 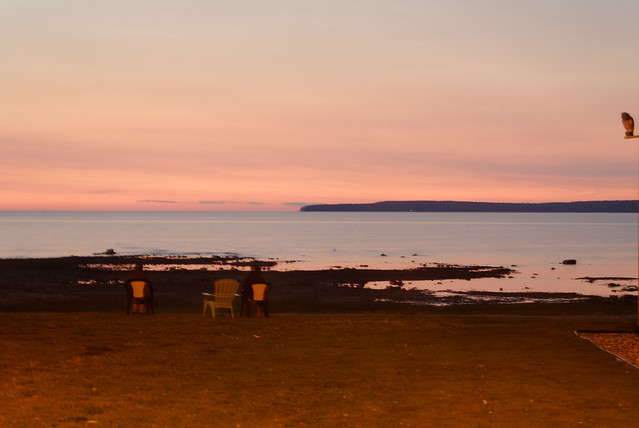 Sunrise is not the main reason we stay on the waterfront in Saint Ignace, but it’s one of the reasons.

Notice the hotel’s fake owl on the right edge of the photo. We think it was supposed to keep the gulls away. It didn’t work.

The Great Lakes shoreline changes, sometimes in ways you wouldn’t expect. The water’s a lot higher these days than it was five years back, so the beach now ends about where those chairs were.

But there’s more. It appears that the rising water’s completely eroded the small peninsula that used to extend from the hotel’s beach into the Straits. We didn’t expect that.