Last Sail of the Season 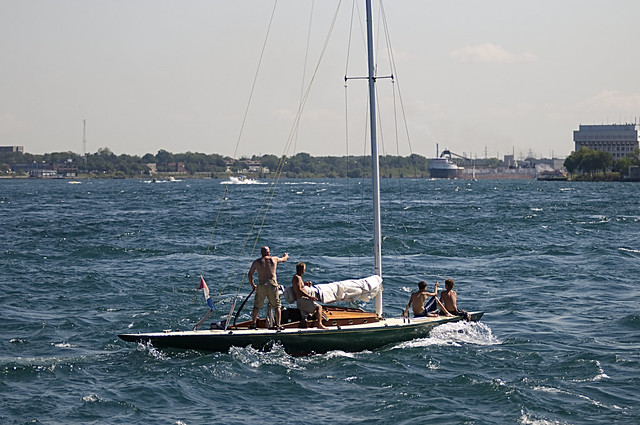 Nine years ago today we spent the afternoon in Port Huron. We wandered along the river, watched sailboats and other pleasure craft out for their last fling of the summer, and saw a few ships–including Sarah Spencer, who’s in the background here.

While the water was a bit rough, the weather was glorious. So were the sailboats.

Sarah Spencer, with her tug consort Jane Ann IV, is an articulated tug/barge (ATB). She was built in 1959 as a powered ship, called Adam Cornelius, and converted to an ATB around 1990. Both as a ship and a barge she’s long been one of my personal favorites.

Sarah, Spencer, and Jane Ann are all names of members of the owner’s immediate family.

She’s been effectively retired for several years, now. She’s a small ship, and perhaps not economical.