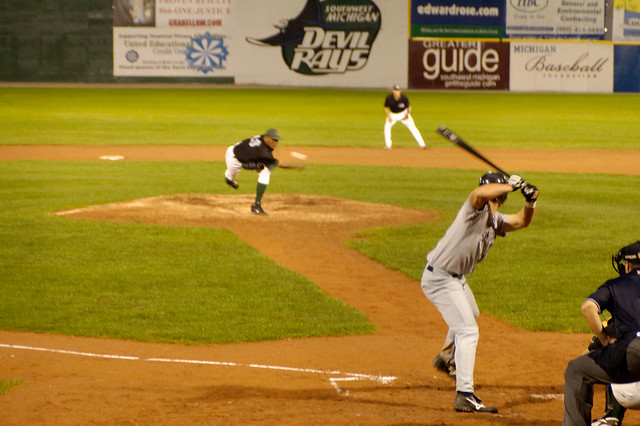 The D’Rays were about done. They’d play two more home dates, then a Labor Day series in Lansing. After those the franchise moved to Midland, where they became the Great Lakes Loons.

I miss ’em. Especially late in August I miss ’em.

Under the lights my baseball photographs are more about capturing action than stopping it. Thus: Eddie’s in motion, the baseball’s a blur, and Joe’s about to swing that bat. The second baseman’s Matt Devins.