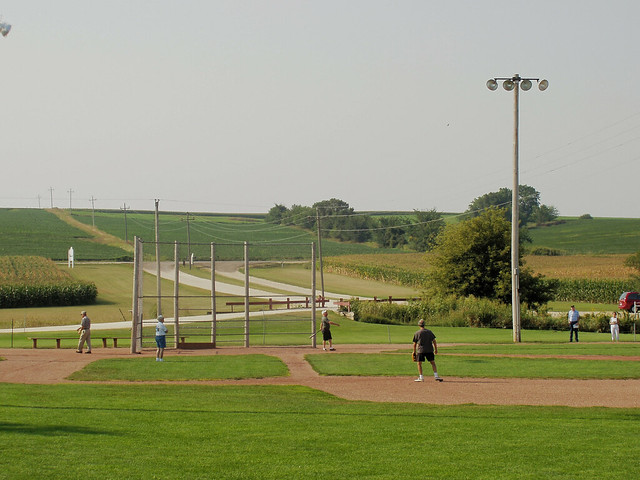 Odd how a movie set can become sort of a shrine….

I first read Kinsella’s Shoeless Joe when it was new, and it was magical. The movie based on the book is differently magical. Both are among my favorites.

After a career spent running and programming computers, my sister enrolled at Wartburg Seminary in Dubuque. In late August we’d help her move from wherever she’d spent the summer, then we’d play tourist for a day or two. We took a river cruise, explored city parks, visited Galena, and found our way to Dyersville’s movie set.

Who “we” were varied. I travelled to Iowa with my mother, my brother, and with Joan. Not all such trips were made in August.

This entry was posted in Baseball CrankSpace, Family Mirror, On This Date. Bookmark the permalink.