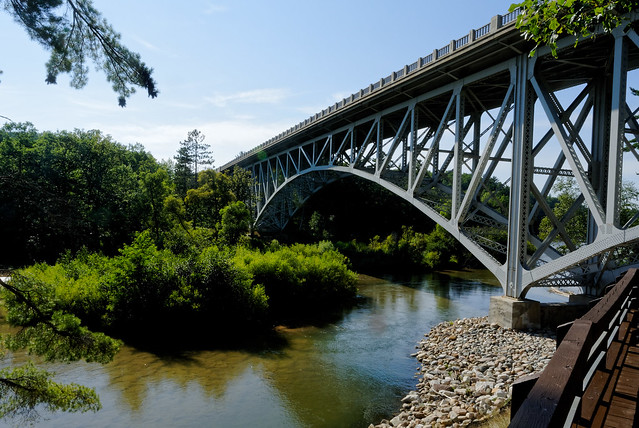 Since the Cut River Bridge is temporarily out of commission, I thought I’d point folks to its near-twin on M-55, across the Pine River near Wellston.

2013 was chaotic enough that we didn’t actually plan vacations. For our August vacation Joan said to “Find us a cabin by a lake.” Discovered that cabins by Lake Michigan cost about the same as hotel rooms near Lake Michigan, which ruled that out. Began thinking about cabins elsewhere. Eventually I remembered Wellston.

In 1965 and 1966 I spent most of August in Wellston, at Northwoods Cabins, with the Loy Norrix High School Cross Country team. We ran.

Sometimes we ran to this bridge.

Yeah, Joan and I stayed at Northwoods Cabins. But we didn’t run. Except maybe to cross M-55, once or twice.