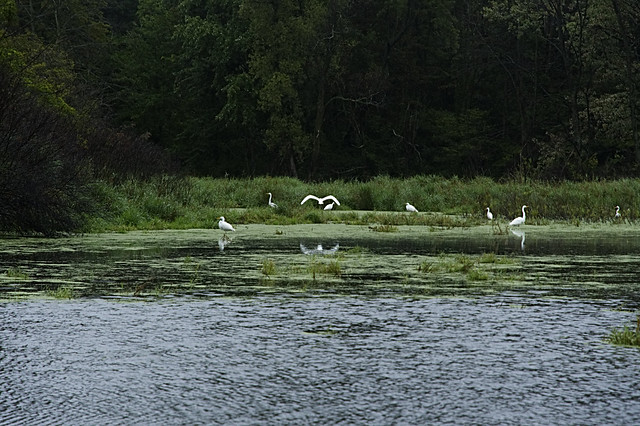 I was heading for Charlotte a year ago when I spotted these birds. So I stomped on the brakes, backed up a few feet, and snapped a few photographs without leaving the car.

I pass this pond regularly. I often see birds, but I don’t recall ever seeing Egrets….

This swamp–it’s about three miles south of town–is a regular photo subject, though I don’t think it’s shown up in On This Date before.

This photograph’s less sharp than my norm. As usual with my mistakes, it’s because I hurried. I should have invested another couple more minutes and gotten things right.

For the record: Although I had many other photographs to choose from for August 16, nearly all of them were taken at baseball games. I really don’t want baseball to dominate this project.

Besides, this one’s OK at screen resolution.