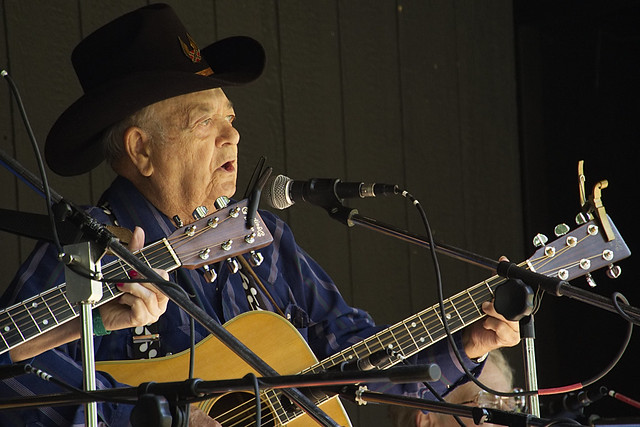 Bobby’s a long-time performer and promoter of bluegrass and country music in southeast Michigan. Here he’s on stage with his band, Grand Ole Country, at the Milan Bluegrass Festival in 2014.

Two years later, at the same festival, Bobby was inducted into the Southeast Michigan Bluegrass Music Association’s Hall of Honor.

Ain’t that a great face? I’ve been posting a ton of pix from the 2017 Milan festival this week, so there’s some danger this one will get buried amongst the others. I’m hoping not; this is one of my favorites.