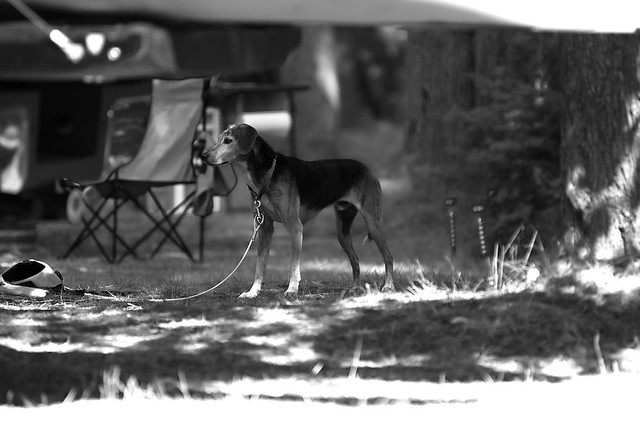 One thing that happens at campgrounds is people walk their dogs. Big dogs and little, pretty and not-so-pretty dogs, obvious mongrels and apparent pure-breds. A year ago I grabbed my camera, set it to monochrome, and started capturing the parade. I called the set “The Dogs of Harrisville.”

Technically this dog wasn’t being walked, but lived in the campsite across the way and was also watching the parade.

Campgrounds differ. Last week at Cheboygan I’d have been making images of the folks walking the dogs–or just walking, dog or no dog. At Twin Lakes in 2005 I’d have photographed children on bicycles.