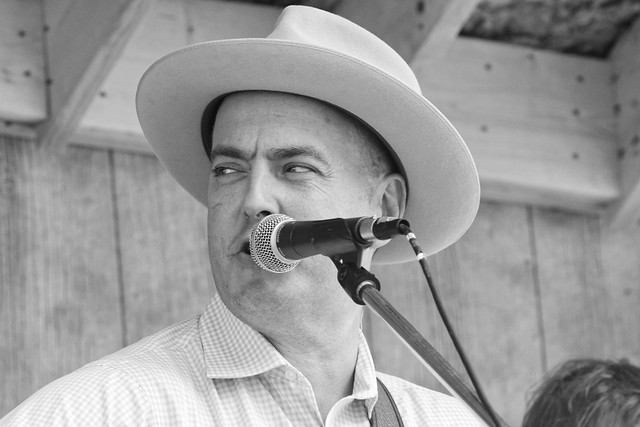 Leigh and his brother Eric are the Gibson Brothers, and their band may be the best act in bluegrass music.

Last year on August 4 the Milan Bluegrass Festival featured two bands which might be the best. The other was Blue Highway.

Some day I need to see Balsam Range….

I’ve a slew of 8/4/2016 photographs I considered sharing, but they’d get lost in the new festival pix I’m posting today. I’ll settle for this one.

While I’ve been attending the Charlotte Bluegrass Festival for decades, last week’s Milan festival was my fifth. It had always seemed too far away–until 2013, when it looked like the Charlotte festival wouldn’t happen.