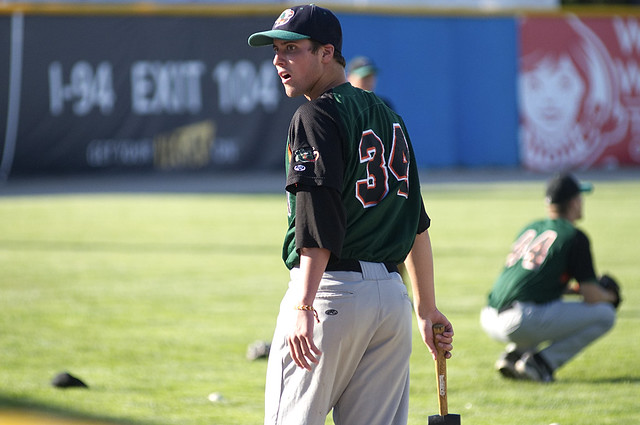 Matt, then a student at Tennessee though he’d later transfer to UC-Irvine, was playing for the Green Bay Bulldogs that summer. Something’s gotten his attention across the diamond.

Esparza’s now playing in the Indians system, at Akron.

I generally get to the ballpark early, and wander around a bit before the game. Sometimes my best pics are taken during warmups.