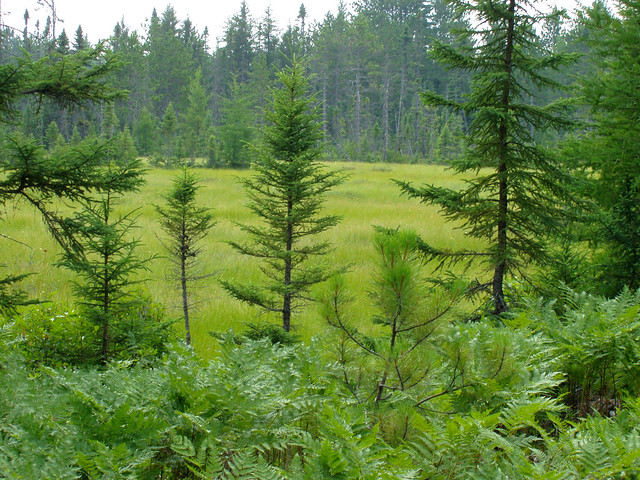 I mentioned in one of yesterday’s writeups that we spent our 2003 vacation at Tahquamenon Falls State Park exploring parts of the park away from the river. One such effort was a hike on the trails north of M-123, to and past Clark Lake.

Took this photo during that walk.

We’d ventured out on that trail before–in June, when the UPs black flies can be unbearable. ‘Twas better in August.