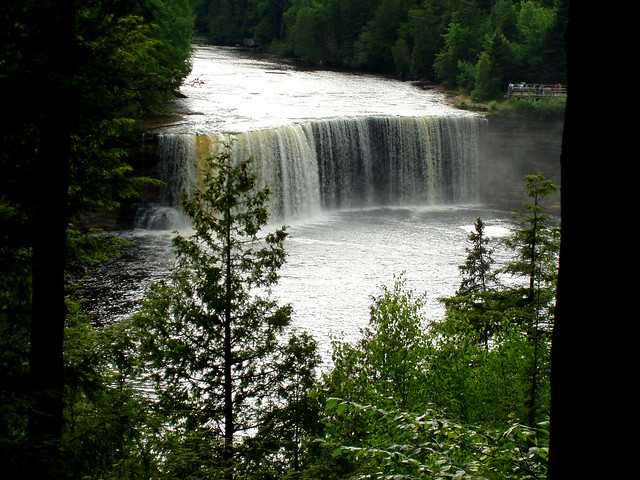 I don’t always do baseball on the first of August.

In 2003 we were camped at Tahquamenon Falls State Park. The campgrounds are downstream, near the Lower Falls. We spent much of the vacation away from the river, exploring parts of the park most people don’t notice.

The water was low in 2003, and the Upper Falls were kind of lacy, with less color than usual.

This photo’s framing is fairly representative of my habits. Someone else, shooting from the same location, would find a different framing–and a different photograph.

That’s good. Life would be boring if we all took the exact same photographs.

Truth told, most Upper Falls photographs are fairly conventional. This is partly a consequence of the park’s design, but it’s more because the falls live in a gorge–itself a constraint.