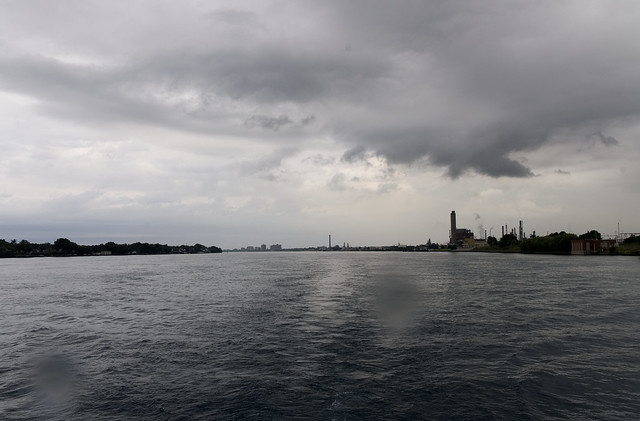 On the second day of our little Port Huron vacation we took a tour of the St Clair River on Huron Lady II. The little ferry took us down the river a ways, then into Sarnia’s slip and out on Lake Huron.

A fun trip. We need to do it again.

I’d have said I’d given the lens away with my D70, but one day I found it stashed in my desk. So I took a few pix with it to verify that it worked, and sold it on eBay. ‘Twas a decent lens, but didn’t add any value to the lens set I’m still using.

Dick’s pix were also taken during this Port Huron trip. Here’s one.