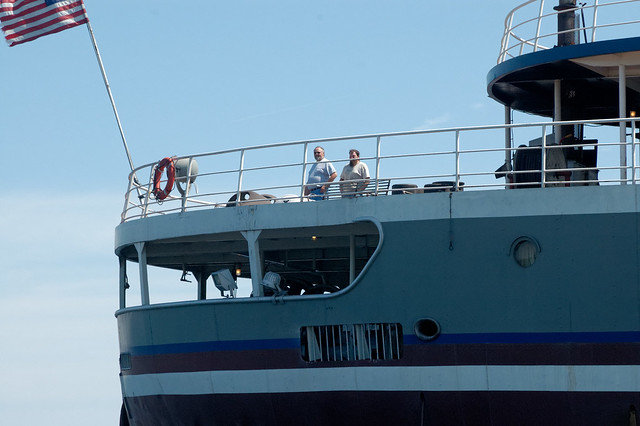 A decade ago we made a day trip to Muskegon, where we walked the beach, followed a trail through the woods at the state park, watched Lake Express rush off to Milwaukee, and saw the Sykes for the first time in my life.

Wilfred Sykes was built by Inland Steel the year I was born, the first freighter built on the Lakes after WW II and at the time the largest ship on the Great Lakes (“The Queen of the Lakes”). She’s widely considered the first modern lakes freighter, and was the prototype for most lakers until ship architects moved the bridge to the rear of the boat in the seventies.

A new lens note: On 7/15/2015 I attached my new 32 mm f/1.2 lens to my Nikon 1 V2 and took my first photographs with that lens–of lilies, freshly opened in our yard. I generally describe this as the best lens I own.