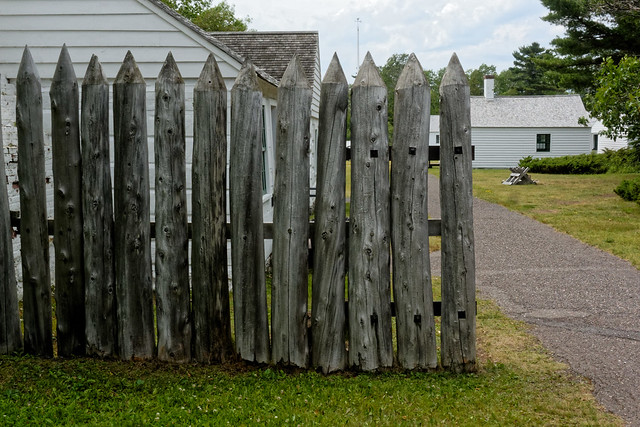 Fort Wilkins was built in the 1840s to keep the peace between the copper miners and the natives, who’d recently signed away their rights to what we call the Upper Peninsula at the (first) Treaty of LaPointe. The peacekeeping turned out to be minimal and the fort was largely abandoned after a couple years.

The Army briefly reopened the post after the Civil War, evidently just because they needed a place for soldiers to finish out their terms. The Army’s like that.

Wilkins is a godforsaken place, at the extreme end of the Keweenaw Peninsula, out in the middle of Lake Superior.

Wilkins is a beautiful place, at the extreme end of the Keweenaw Peninsula, out in the middle of Lake Superior.

It’s all a matter of perspective.

Another way to describe the location: Fort Wilkins is at the extreme northern end of US-41.

I first visited the fort in 1965, and find my way up there about once a decade. It’s a wonderful place to stay for a few days. I’m reasonably sure I don’t want to live in the adjacent town, Copper Harbor, though.

And a new “camera” note: On this date in 2015 I took my first iPhone 6+ photo. As usual, it was of Taffy, catching rays in the picture window.