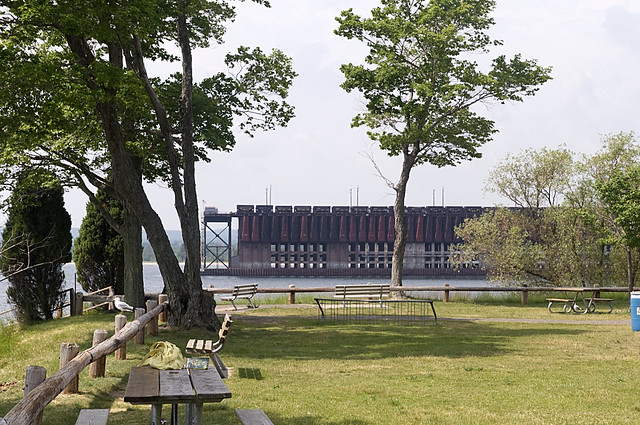 The park’s name is Presque Isle; the dock goes by LS&I (short for Lake Superior and Ishpeming) and by Upper Harbor and by (again) Presque Isle, depending who you ask. Presque Isle means “almost an island,” which describes the park.

Iron ore’s been shipped through Marquette since the locks at Sault Ste Marie opened in 1855, and for decades mining-related industries were the lifeblood of Michigan’s Upper Peninsula. That’s nearing its end. This dock, built in 1911, is the last ore shipping facility active in Michigan, and Tilden Mine’s the last active pit.

I can chatter on about the Lake Superior iron mines for hours–I wrote my senior paper in college about them. I’ll spare you that. At least for today.