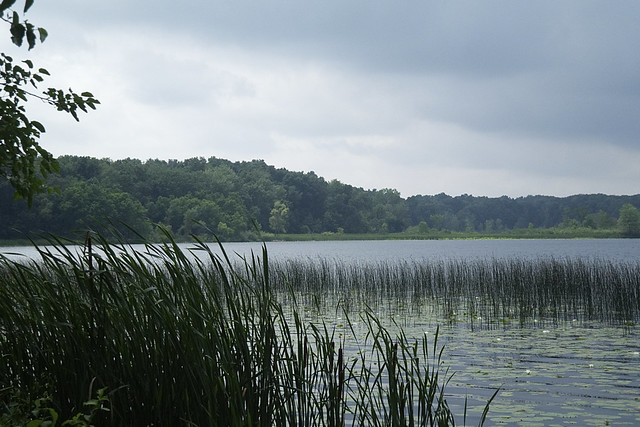 Three Lakes is south of Richland in Kalamazoo County. This is the central lake of the three, none of which have individual names.

A homeowner on the easternmost lake used to rent rowboats and sell bait. Dad and I would catch bluegills and sunfish, and an occasional perch….

My brother’s nursing home was north of Galesburg, and I’d drop in on him a couple times a week. The lakes were on my most common route to the facility, and I’d occasionally stop for photos on my way to visit. This pic’s from one of those stops.

Dick’s photos were of a balloon ascension, taken in Battle Creek, and are quite delightful.