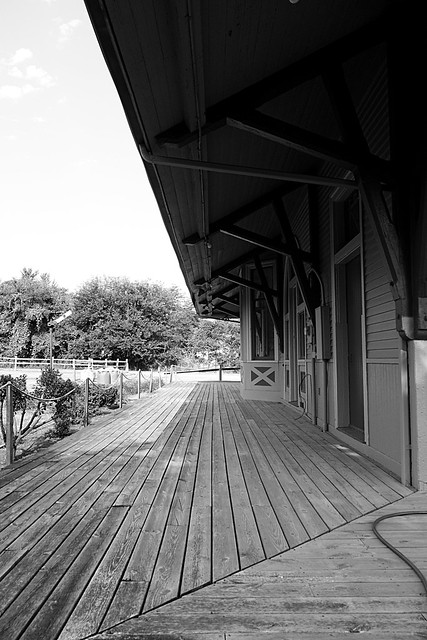 Lake O’s tiny little passenger depot used to live downtown, where it was dwarfed by the neighboring grain silos when I first saw it in the early 1980s. For most of the depot’s career it was on the Pere Marquette and C&O mainline through Michigan. In 1988 the community moved the building north to the edge of the local fairground, where it now serves as a historical museum.

A new camera note: On 7/2/2009 I purchased a Fujifilm Finepix F200 to replace my Finepix F10, which had failed. It seemed like a logical replacement, but I soon came to dislike the F200. The colors were different and the menu system was intricate enough to be confusing.

I only took a few hundred photographs with the camera, the first of which was of the planters on our porch. When the sensor developed a dead spot I replaced the camera rather than getting a warranty repair.