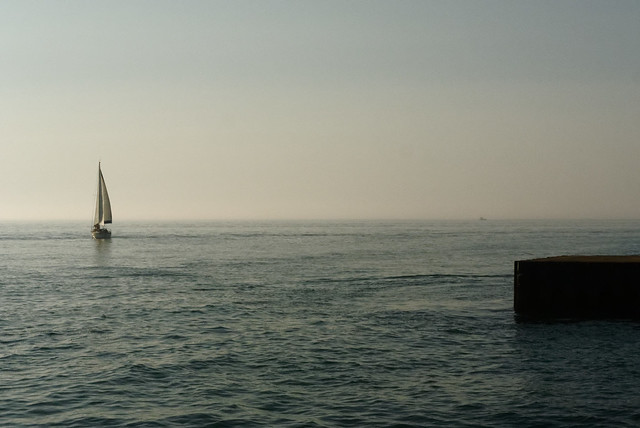 On June 30, 2012, we headed for the Lake. Walked the beach a bit at Grand Haven, and watched the sunset at South Haven. Supper at Clementine’s.

This was the day I finally figured out how I wanted to set up (use) my Nikon 1 V1 (and its successor, a V2). I’d been experimenting with the camera’s configuration for several months at this point; since then I’ve had a standard config with occasional deviations.

Most cameras work just fine as point-n-shoots, but there’s reasons I buy expensive gear. I get better performance and increased control.