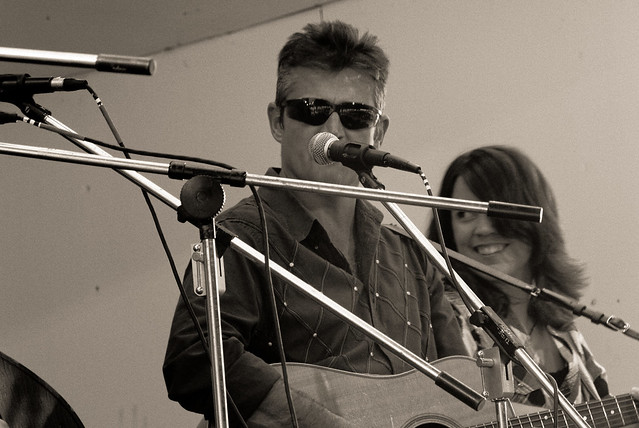 Terry sings lead and harmony with the Grascals, and is a terrific, but I think under-appreciated, musician. His ability to meaningfully stagger the rhythms on high-speed songs never ceases to amaze me. He’s seen here at the 2012 Charlotte Bluegrass Festival.

The banjo player in the background is Kristin Scott Benson. I featured her husband, Wayne, in yesterday’s photo…..