It all began with Sahlgren 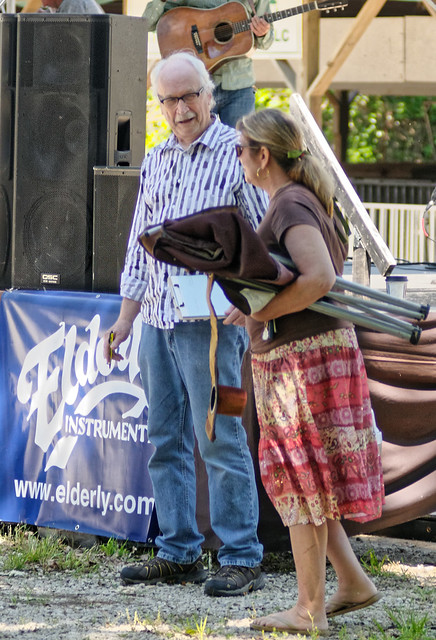 Mark Sahlgren, that is, who’s pictured here with Patty Williams in front of the Charlotte Bluegrass Festival stage.

Well, not entirely with Mark–I can trace other influences–but consider:

Patty played at Charlton Park, too; she was the cute young lead singer in the Williams Family Band. (I had a crush on her.) Now she promotes the music in West Michigan.

The current incarnation of the Williams Family Band was setting up to perform when I took this picture. Patty apparently no longer sings with them; she sat in the audience and listened.

And a new “camera” note: Also on 6/20/2013 I took my first photograph with my new phone, a Galaxy Note 2. It was of the festival’s new stage, and taken just a few minutes before the photo of Mark and Patty.