The Vine on the Granary 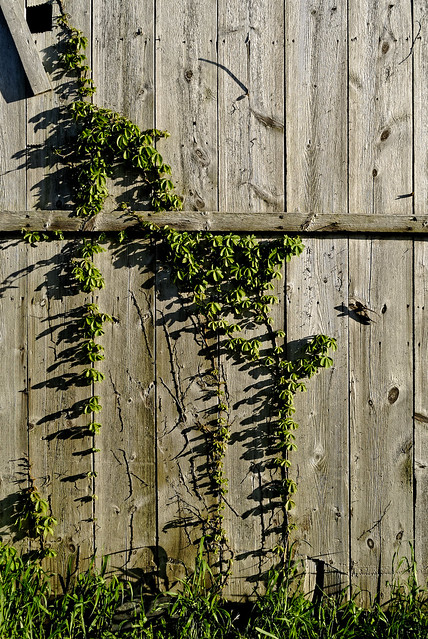 We spent Mother’s Day, 2012, at the farm with Joan’s family. This was also the weekend David moved back to Michigan–and the farm–from Louisiana, so ’twas also a bit of a homecoming.

We’d go to the farm and I’d take pix of the granary. It was pretty much an irresistible photo subject. I miss it.

Dave reused most of the lumber when he built the chicken coop, which I now routinely photograph because it, too, is a fine subject. But it’s a different subject, and I photograph it differently.

Notice the pliers, still hanging there, though their orientation’s changed since 2005….