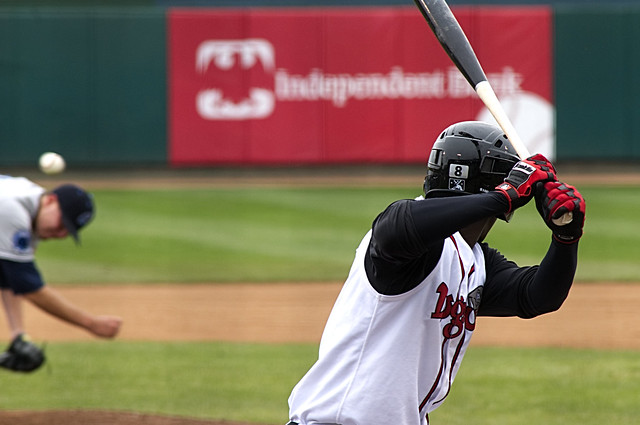 That would be Mike Goodnight of the Lake County Captains pitching to Lansing’s Gustavo Pierre.

The heart of the game: Pitcher vs. Batter; Batter vs. Pitcher.

While there’s an element of luck in all photography, it’s more prominent when you shoot sports. You can anticipate, you can plan, but you don’t know what you’ve got until you see the image. A microsecond later the ball’s gone elsewhere, the second baseman’s in a different place, the goalie’s lost the pose, the athlete’s expression’s changed.

So you anticipate the next play. The action occurs somewhere else on the field, and you’ve missed it completely. Perhaps luck brought you someone’s head fake.