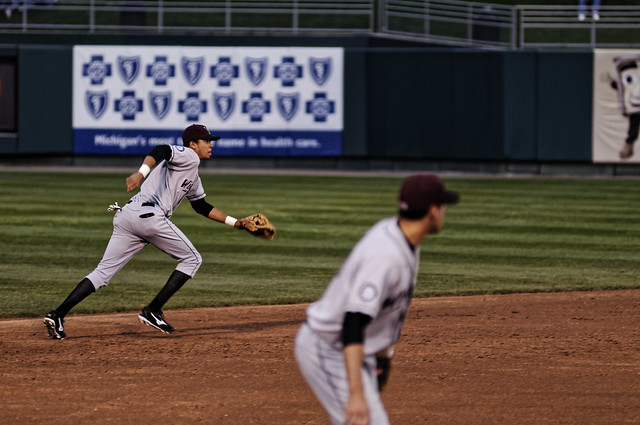 Midwest League action: SS Juan Diaz and 3B Alex Liddi of the Wisconsin Timber Rattlers beginning to move as some Lansing Lugnut batter puts the ball in play at Lansing’s Oldsmobile Park.

My May Day pix mostly were taken at two baseball games, plus some photos I took at an award ceremony for work. You really don’t want to see the award ceremony. Trust me.

Besides my May 1 pix, I’ve 100 photographs taken by my brother, Richard, on 5/1/2011. Dick was active in Kalamazoo’s CROP Walk for many years; sometimes he photographed the event.