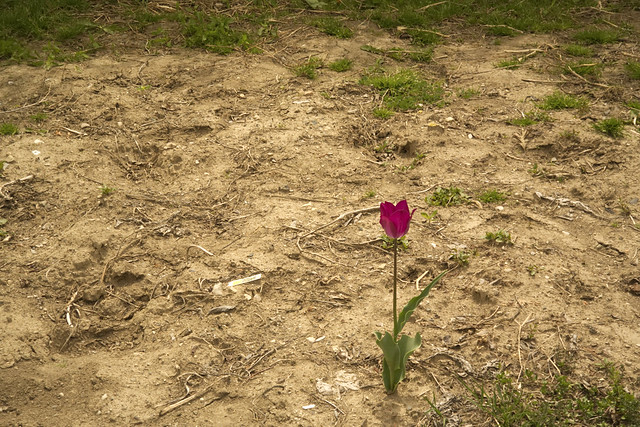 A year or so after buying this house I planted a lot of flowers in a bed behind the garage. A few years later we converted the plot into Joan’s veggie garden, and the flowers mostly went elsewhere–some to other locations in our yard; others to a neighbor’s place.

A few stubborn plants refused to move. This was the last; the photo was taken nearly two decades after I made the original plantings.

Over the past couple days the Tulips we moved elsewhere in the yard have begun to open. They’re quite lovely, delivering color as the Daffodils and Windflowers fade.

There’s another, somewhat different, remnant of the original set. One bulb somehow migrated under the neighboring Forsythia, and flourishes still. We root for it, and relish its stiff-necked survival.

This entry was posted in Life's Stories, On This Date. Bookmark the permalink.