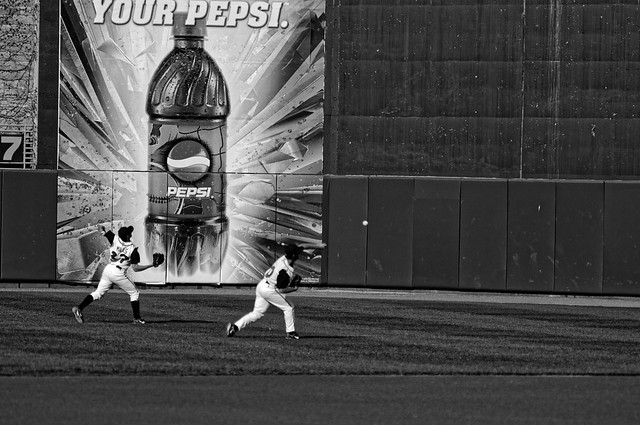 Lansing Lugnuts players warming up in the outfield at Oldsmobile Park, nine years ago today. #37 is pitcher Brad Mills, who’d start the game. The other player’s probably Brian Letko, another southpaw pitcher, who I don’t think I saw play for the Luggies.

On April 23 I tend to be a black & white photographer. I have no explanation for this; it’s just an observation.