A Day at the Beach, near Corpus Christi 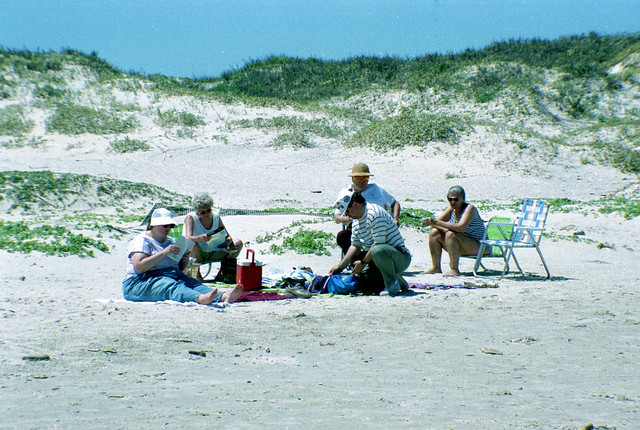 The note written on the photo’s back has today’s date a quarter century ago.

We spent the day at the beach. Debbie, Mom (Hatti), Richard, Jack, and Aunt Vi. And a whole lot of sand.

There were gulls, too. And tiny crabs, keeping a perimeter watch, hoping we’d drop something edible….

‘Twas originally a ballpark vacation, because that’s how we (adult) kids structured our summer trips for a decade or so. We’d see a game in Houston and another in Arlington, and see Texas in between.

But Mom’s sister Violet lived near Corpus Christi, and we had cousins on both sides in the Dallas area. Things got complicated.

We learned that Texas is big. But we had a good week. And the Astrodome game was among the best we’ve ever seen.