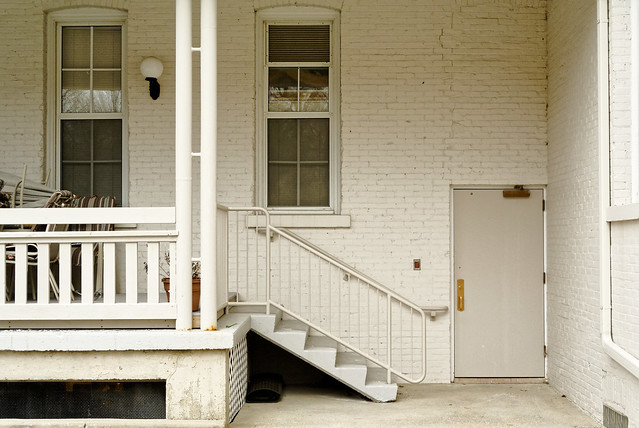 Building 50’s a massive structure that dominated–and still dominates–the campus of the Traverse City State Hospital. Now known as The Village at Grand Traverse Commons, the asylum’s buildings are being renovated to serve other purposes. I find the renovation itself fascinating. We visit once or twice each year, and have watched as the largely-abandoned complex has been (is being) transformed into a very different place. I wouldn’t have thought it possible.

The massive building has these little corners that make fine photographs. Here’s one.

2014’s February trip to Traverse City was cancelled by a blizzard. We rescheduled the vacation to April, and invited my brother and sister to join us. Mostly we visited my family’s old haunts at Sleeping Bear, but Joan and I shared some places we’d learned to love in TC. This was one of those.