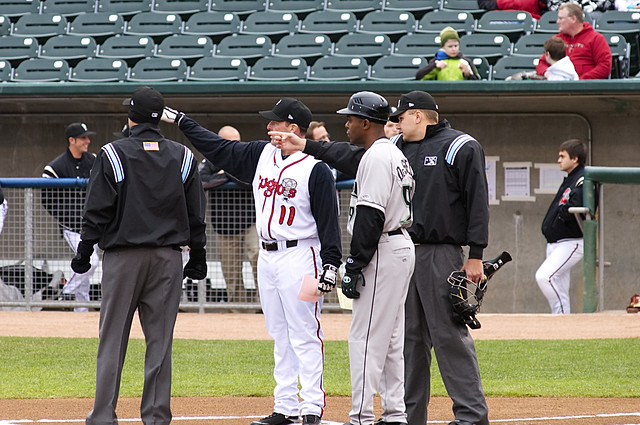 Most days the lineup exchange is pretty boring. They shake hands all around, trade slips of paper, and chat for a minute or two.